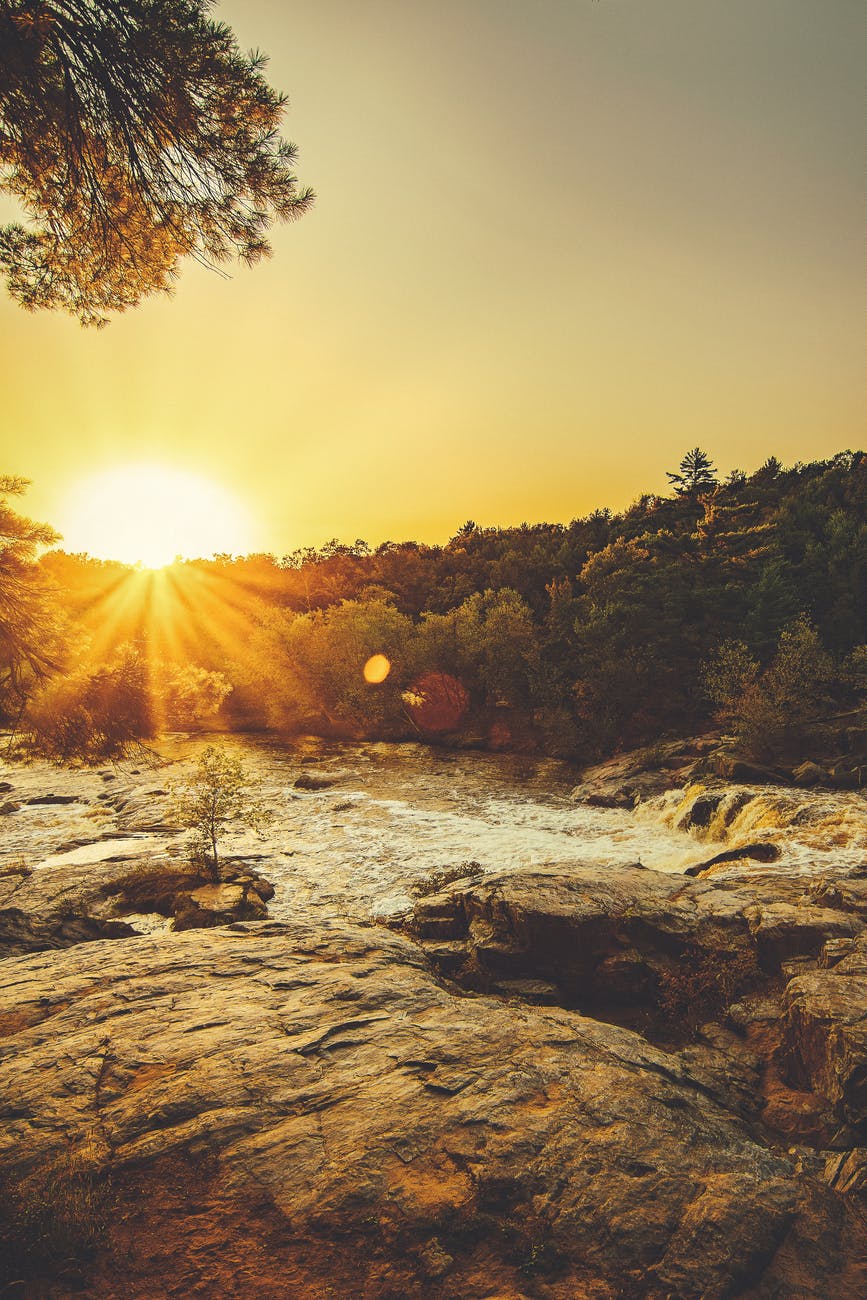 Rom 15:1  We then that are strong ought to bear the infirmities of the weak, and not to please ourselves.

Rom 15:2  Let every one of us please his neighbour for his good to edification.

Rom 15:3  For even Christ pleased not himself; but, as it is written, The reproaches of them that reproached thee fell on me.

A selfless heart of the son and daughter on Christ is the vital component in laboring together with our Father in His word, and His will. And as Paul teaches the “strong” in the faith that we are taught by his selfless example, and especially by the Lord’s example how that they “pleased not” themselves, but gave up of themselves for the ministry’s sake, and for the sake of the saints they were edifying. The Spiritual “good” of the ministry, and the Spiritual “good” of the saints was at stake, but also there was; and is opposition to the ministry, and to the saints edification unto “the truth which is AFTER godliness.” And the heart of the man is going to be AFTER this world and its ways, or AFTER the doctrine which is according to godliness.

Tit 1:1  Paul, a servant of God, and an apostle of Jesus Christ, according to the faith of God’s elect, and the acknowledging of the truth which is after godliness;

Tit 1:2  In hope of eternal life, which God, that cannot lie, promised before the world began;

Tit 1:3  But hath in due times manifested his word through preaching, which is committed unto me according to the commandment of God our Saviour;

Tit 1:4  To Titus, mine own son after the common faith: Grace, mercy, and peace, from God the Father and the Lord Jesus Christ our Saviour.

Tit 1:5  For this cause left I thee in Crete, that thou shouldest set in order the things that are wanting, and ordain elders in every city, as I had appointed thee:

Tit 1:6  If any be blameless, the husband of one wife, having faithful children not accused of riot or unruly.

Tit 1:7  For a bishop must be blameless, as the steward of God; not selfwilled, not soon angry, not given to wine, no striker, not given to filthy lucre;

Tit 1:8  But a lover of hospitality, a lover of good men, sober, just, holy, temperate;

Tit 1:9  Holding fast the faithful word as he hath been taught, that he may be able by sound doctrine both to exhort and to convince the gainsayers.

Paul left his “son” in the faith Titus in Crete so that Titus could “set in order the things that are wanting” concerning the “truth which is after godliness.” Not only was it Paul’s desire to “ordain elders” in sound doctrine; but it was God the Father’s desire and design as well. Paul says that now God is manifesting His word “through preaching,” this is different in how He manifested His word before, this is the purpose He needed faithful men to be ordained in “every city” to manifest His word of truth. Prior to this God manifested His word through signs and wonders and through prophecy and in due time God “committed” unto Paul His design to “manifest” His word, this was a “commandment of God” to change the way He manifested His word. Because God made a change in how His word was given to man, Satan changed the way he attacked God’s word of truth. Throughout the ‘pastoral epistles’ Paul warns of the attack that Satan has upon the word of truth, but he says that through “sound doctrine” Satan’s attempts to hinder the word will have no effect upon the saints.

1Ti 1:1  Paul, an apostle of Jesus Christ by the commandment of God our Saviour, and Lord Jesus Christ, which is our hope;

1Ti 1:2  Unto Timothy, my own son in the faith: Grace, mercy, and peace, from God our Father and Jesus Christ our Lord.

1Ti 1:3  As I besought thee to abide still at Ephesus, when I went into Macedonia, that thou mightest charge some that they teach no other doctrine,

1Ti 1:4  Neither give heed to fables and endless genealogies, which minister questions, rather than godly edifying which is in faith: so do.

1Ti 1:5  Now the end of the commandment is charity out of a pure heart, and of a good conscience, and of faith unfeigned:

1Ti 1:6  From which some having swerved have turned aside unto vain jangling;

1Ti 1:7  Desiring to be teachers of the law; understanding neither what they say, nor whereof they affirm.

Today when a son has learned to think like God does, and to do things God’s way, he is ready to begin his education in learning how to work together with God in what He is doing. Paul knew Titus was a faithful son that would establish faithful men in Paul stead as if Paul was there establishing the saints himself. In Paul’s day there were ungodly men preaching the word of God, but because they were not “rightly dividing the word of truth,” their doctrine was not “of the truth which is after godliness.” These ungodly men thought they were doing the will of God in their ‘desire’ to teach God’s word, but because they were teaching God’s word the wrong way, they hindered the edification of the saints, and prevented the unsaved from hearing the gospel of their salvation, these men were preaching the wrong “faith.”

1Ti 1:15  This is a faithful saying, and worthy of all acceptation, that Christ Jesus came into the world to save sinners; of whom I am chief.

1Ti 1:16  Howbeit for this cause I obtained mercy, that in me first Jesus Christ might shew forth all longsuffering, for a pattern to them which should hereafter believe on him to life everlasting.

1Ti 1:17  Now unto the King eternal, immortal, invisible, the only wise God, be honour and glory for ever and ever. Amen.

1Ti 1:18  This charge I commit unto thee, son Timothy, according to the prophecies which went before on thee, that thou by them mightest war a good warfare;

1Ti 1:19  Holding faith, and a good conscience; which some having put away concerning faith have made shipwreck:

Paul says these men have “swerved” away from the “faith,” they were not “holding faith,” in sound doctrine. Paul as our “chief” is an example how we ought to receive the proper establishment and edification where we could teach and establish others also. Timothy also was a faithful son, and Paul knew Timothy would give the saints “godly edifying” and equip the saints with the doctrine they needed to “war a good warfare” against Satan and his policy of evil against them.

1Ti 3:1  This is a true saying, If a man desire the office of a bishop, he desireth a good work.

1Ti 3:2  A bishop then must be blameless, the husband of one wife, vigilant, sober, of good behaviour, given to hospitality, apt to teach;

1Ti 3:3  Not given to wine, no striker, not greedy of filthy lucre; but patient, not a brawler, not covetous;

1Ti 3:4  One that ruleth well his own house, having his children in subjection with all gravity;

1Ti 3:6  Not a novice, lest being lifted up with pride he fall into the condemnation of the devil.

1Ti 3:7  Moreover he must have a good report of them which are without; lest he fall into reproach and the snare of the devil.

Today we also have the doctrine that we need to “war a good warfare” against all ungodly doctrine and ungodly men, but a bishop/pastor should meet specific qualifications when it comes to working together with God in what He is doing. Before a man gets the “desire” to teach, he must be taught the sound doctrine of Godliness, and when he gets to the point where he has fully learned how to do things God’s way, he must first have the “desire” to be instructed , and he must also “adorn the doctrine of God our Saviour in all things” to take on the office of a “bishop” or “deacon.” Satan knows that once a son has matured in the doctrine which is according to godliness; he will be as Timothy, and Titus, and the other ‘co-laborers’ WITH Paul, and that they cannot be deceived to not think like God does, or to not do things God’s way; he knows the son fully understands and appreciates that part of his education.  There is a warfare that the son faces when he reaches that point in his maturity, Satan has to ‘step his game up a notch,’ this is how Satan attacked Paul by trying to hinder the word of truth from being preached, or trying to cause divisions or confusion with God’s word, or by trying to cause fear or shame within the son. When a son is a “novice” (unlearned) he is an easy target for Satan, and the one thing that goes ‘hand in hand’ with “pride” is ignorance.

1Ti 4:6  If thou put the brethren in remembrance of these things, thou shalt be a good minister of Jesus Christ, nourished up in the words of faith and of good doctrine, whereunto thou hast attained.

1Ti 4:7  But refuse profane and old wives’ fables, and exercise thyself rather unto godliness.

1Ti 4:8  For bodily exercise profiteth little: but godliness is profitable unto all things, having promise of the life that now is, and of that which is to come.

1Ti 4:9  This is a faithful saying and worthy of all acceptation.

1Ti 4:10  For therefore we both labour and suffer reproach, because we trust in the living God, who is the Saviour of all men, specially of those that believe.

1Ti 4:12  Let no man despise thy youth; but be thou an example of the believers, in word, in conversation, in charity, in spirit, in faith, in purity.

1Ti 4:13  Till I come, give attendance to reading, to exhortation, to doctrine.