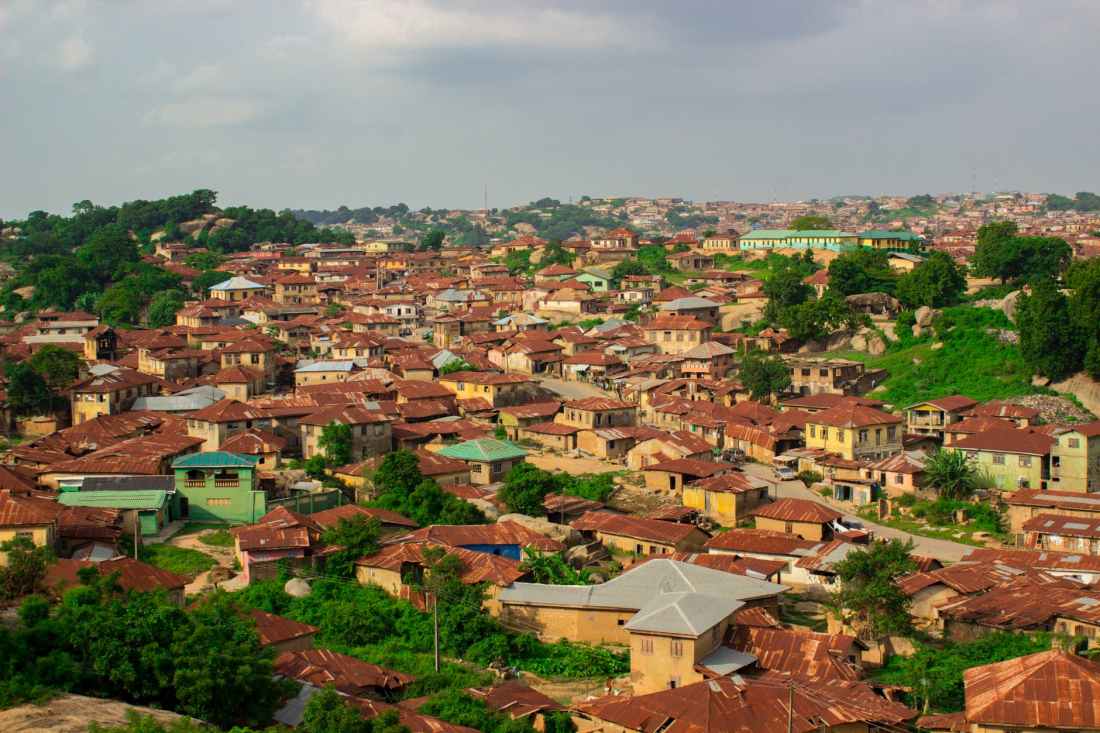 For a couple of years now, the night before every podcast, I usually peruse anywhere between 45-90 Christian news sites, and I am still consistently shocked at the mass volume of Christians around the globe who are tortured and killed daily for simply having faith in Christ, particularly from articles on websites like Persecution.org, Christian Headlines, and Bitter Winter.

There were three major reports on global religious persecution that I read this year:

International Christian Concern (ICC) had, last week, published their 2021 Persecutor of the Year report in which they suggested that Nigeria, as a country, is the worst persecutor of Christians. (I suspect North Korea is still the worst persecutor, as a country, but what’s happening in Nigeria is certainly nothing to scoff at.) In any case, you might know that we have grace missionaries in Nigeria right now, Princeton and Dorcas Waters, part of Richard Church’s missionary team at Grace Beyond Borders. Richard assures me they are in a safe location. However, those dear saints, along with all the other grace missionaries could use our financial support and prayers. In particular, Princeton and Dorca ask for prayer regarding not only their ministry as they try to witness to Muslims and hold meetings in dangerous areas, but they also ask for prayer for some of their Muslim converts to grace like Aisha Ganger.

There’s also a story out of Nigeria I’ve been following for the last four years now about a young girl named Leah Sharibu. In February, 2018, a group called the Boko Haram, also called the “Nigerian Taliban,” raided the school where Leah attended. She was 14 years old at the time. Boko Haram had captured 110 girls that day. A handful were killed. The Nigerian government negotiated the release of all the remaining hostages except one – Leah Sharibu.

Boko Haram would not let her go unless she renounced Christ and converted to the Muslim faith. Leah refused. At first, they were going to kill her, but then they declared that she was to be a “slave for life”.

In August, 2018, Boko Haram released a photo of Leah clad in a hijab along with a recording in which Leah can be heard pleading for her freedom. Her mother, Rebecca, speaking in Washington, D.C. in June, 2019, said, “Immediately [when] I saw [the photo], I just started crying and weeping… On a daily basis, I am pained. I weep. I don’t feel good, but I have no choice.” She also said of Leah that “she did an amazing thing by refusing to renounce Christ, and I’m very proud of what she has done… I’m not sure if I was even in her position at 14 years old that I would have even done what she has done.”

Here we are in November, 2021, and Leah is still a captive. We last heard in 2020 from other captive girls who were released that she’s still alive, and she’s still refusing to renounce Christ. Praise the Lord! There were rumors that she was forced to marry a Boko Haram leader and gave birth to a baby boy, but those rumors are still largely unverified. The Nigerian government says they are continuing to negotiate her release but are silent about any progress.

I’m reminded of Php. 1:28. “And in nothing terrified by your adversaries: which is to them an evident token of perdition, but to you of salvation, and that of God.” I read that verse and cannot help but think of Leah Sharibu. If you were in her place, how could you not be terrified? But this verse is, I suspect, a fitting portrait of the differing perceptions between Leah Sharibu and her captors. Paul is saying, basically, “don’t be terrified. Your lack of fear will be to them, to your persecutors, a token of your perdition, a cause for your destruction, because they think you have the wrong faith, but you know that the firmness with which you’ve chosen to stand fast in your faith in Christ is the evidence of your salvation,” and Paul says, “and that of God.” That is, God knows that your conviction of faith in Christ is the evidence of His life manifest in you, the life of the entire triune Godhead living out in you, just as Leah Sharibu’s conviction of faith in Christ is the evidence of His life manifest in her. But, of course, the perception of her persecutors is completely backwards. They fail to see their own evil for the evil that it truly is. They fail to see that the evils they are doing to her and others is, in fact, the evident token of their own eternal perdition, the evidence of their own spiritual lifelessness being alienated from the life of God because of their sins, being dead in their sins, and their need for redemption through Christ.

Paul would say in the next verse, Php. 1:29, “For unto you it is given in the behalf of Christ, not only to believe on him, but also to suffer for his sake…” Because we live in a sin-cursed world, there are no guarantees of a fair and equitable life, of a life free of troubles, a life of health, wealth, & prosperity. Instead, Paul tells us we’ve been given a gift of suffering for Christ’s sake, which is no small privilege. The hatred is at Christ, but it’s directed at us because we are His ambassadors. But in the face of even death, Paul says that we are not to be terrified by our enemies, because they can do nothing to us to take away from us our eternal life, or the love of Christ, or the eternal rewards we gain when we stand firm in our faith no matter the cost. We must not be frightened. We must remember that it is far better to be Leah Sharibu than it is a member of the Boko Haram. It is far better to be the persecuted heading to an eternal life with God than it is to be the persecutor heading to an eternal damnation in a Lake of Fire. It is as great a gift of grace to suffer for Christ’s sake as much as it to place our faith in Him.

Finally, I want to share one more story about persecution that has stuck with me for years. Way back in 2016, a Pastor by the name of Wayne Cordeiro, in Honolulu, Hawaii shared an experience he had on a trip to China, where the church went to train leaders. 22 Christians from the Hunan Province took a 13-hour train ride to attend the leadership training held at a 700-square-foot hotel room. Out of the 22 Christians present, 18 had been imprisoned for their faith. Cordeiro asked them, “If we get caught what will happen to me?” They said, “Well, you will get deported in 24 hours, and we will go to prison for three years.” (China has since worsened the prison sentences to up to seven and a half years.)

After beginning his lesson, the pastor realized he only had 15 Bibles to pass around, so seven people went without. “I said, ‘turn to 2 Peter 1…’ He noticed one lady handed her Bible to the person next to her. As the Christians began reading, he quickly realized why she had given her Bible away: she had memorized the whole book. He said, “When it was done, I went over to her at a break and said, ‘You recited the whole chapter,’” She replied, “In prison, you have much time to memorize…” He said, “Don’t they confiscate the Bible?” She said that while any Christian material is indeed confiscated, people smuggle in scripture written on paper and hide it from the prison guards. She said, “That’s why we memorize it as fast as we can because even though they can take the paper away, they can’t take what’s hidden in your heart…”

Cordeiro told another story. When the three-day training session was over, one Chinese Christian man asked Cordeiro, “Could you pray that one day we could be just like you?” He said, “I looked at him and said, ‘No, I will not do that… You guys road a train 13 hours to get here. In my country, if you have to drive more than an hour, people won’t come… You sat for three days. In my country, if people have to sit for more than 40 minutes they leave. You sat here for three days on a hard, wooden floor. In my country if it’s not padded pews and air conditioning, people will not come back… In my country, we have an average of two Bibles per family. We don’t read any of them. You hardly have any Bibles and you memorize them from pieces of paper… I will not pray that you become like us, but I will pray that we become just like you.”

Pastor Joel grew up in grace churches. Fell away. Hit bottom. Came back to the Lord. Became Fellowship Bible Church's Librarian. Then Associate Pastor. (He barely graduated from "The Bekemeyer Grace School of Hard Knox.") Began preaching. Stumbled into podcasting. Wrote a book. And he absolutely loves everyone. Seriously. He does. View all posts by Joel Hayes