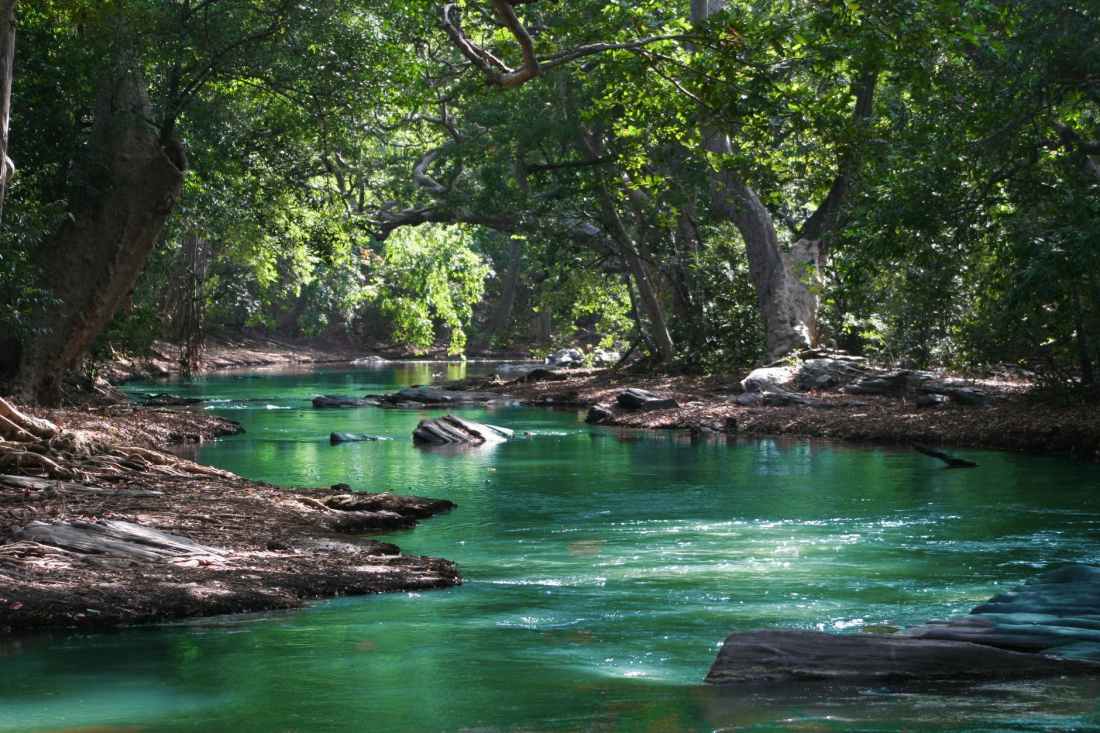 When Peter, James, and John witnessed the transfiguration of the Lord (Matt. 17:1-8), they also saw Moses and Elijah. A question occurred to them.

A fantastic question, in fact.

Consider this. After the transfiguration, we read in Mat. 17:10, And his disciples asked him, saying, Why then say the scribes that Elias must first come? 17:11 And Jesus answered and said unto them, Elias truly shall first come, and restore all things. 17:12 But I say unto you, That Elias is come already, and they knew him not, but have done unto him whatsoever they listed. Likewise shall also the Son of man suffer of them. 17:13 Then the disciples understood that he spake unto them of John the Baptist.

I love these verses. I love that Calvinists use these verses as an excuse to say, “See? The Bible doesn’t mean what it says! Malachi said in Mal. 4:5 ‘Behold, I will send you Elijah the prophet before the coming of the great and dreadful day of the LORD…’ But God didn’t send Elijah. He sent John the Baptist instead, which means that we cannot always take literally every prophecy.” They think this somehow validates their spiritualization of Israel, which they say is now all about the Body of Christ and not Israel.

No, it isn’t, and those verses mean exactly what they say.

When God makes a promise, He does not lie, and there are no takebacks. “For the gifts and calling of God are without repentance” (Rom. 11:29).

So what IS going on in those passages? What did Christ mean when He said, “Elias truly shall first come” and then said, “But I say unto you, That Elias is come already…” What’s going on here? Did Elijah come or didn’t he? Is Elijah still coming back or not?

First, some background about Elijah. We’re introduced to Elijah the prophet in 1 Kings 17:1, “And Elijah the Tishbite, who was of the inhabitants of Gilead, said unto Ahab, As the LORD God of Israel liveth, before whom I stand, there shall not be dew nor rain these years, but according to my word.” Elijah means “Yahweh is my God.” It says that he’s Elijah the Tishbite… of Gilead, which would mean he’s from a town called Tishbi in Gilead, and no one really knows where that’s at. My favorite aspect about Elijah is the fact that he was a very hairy guy. 2 Kings 1:8 says, “And they answered him, He was an hairy man, and girt with a girdle of leather about his loins. And he said, It is Elijah the Tishbite.” LOL

Elijah delivers some bad news to King Ahab about no rain for years because of Baal worship. Ahab and Jezebel didn’t take that news very well. Elijah had to flee into the wilderness. He’s miraculously fed by ravens. He goes to Zarephath, where he is sustained in the household of a widow, whose meal and oil are miraculously increased. He also brought her dead son back to life. She said, “Now by this I know that thou art a man of God, and that the word of the LORD in thy mouth is truth” (1 Kings 17:24).

Then, in 1 Kings 18, we’re given the epic, and sometimes hilarious, showdown atop Mount Carmel between Elijah and the worshippers of Baal. That is one of my all-time favorite stories in the Bible. There is nothing funnier in the Bible than 1 Kings 18:27.

He also, four years afterwards, warned Ahaziah who had succeeded his father Ahab, of his approaching death (2 Kings 1:1-16). He died.

And then the time drew near for Elijah to be taken from this Earth, which was absolutely glorious in 2 Kings 2:3-12, in which Elijah had gone up by a whirlwind into heaven in a chariot and horses of fire.

Why did Elijah go up into Heaven that way?

I’d suggest considering the fact that it is appointed unto men once to die (Heb. 9:27). That was not Elijah’s appointed time to die. Why? Because he’ll be coming back to the Earth. You may recall that Mal. 4:5 tells us, “Behold, I will send you Elijah the prophet before the coming of the great and dreadful day of the LORD…”

He is still coming back to this Earth before the Lord’s return.

So when is that? When during the tribulation will Elijah come back to the Earth?

Who are the two witnesses in Rev. 11:1-14? Most say Moses and Elijah. I’d suggest that it could also be Enoch and Elijah. It’s appointed unto man once to die. Moses already died. But Enoch and Elijah were both caught up without dying. Why? Perhaps their appointed day to die is described for us in Rev. 11:7 when the two witnesses die and all the world will view their dead bodies for three and a half days. And all the world will celebrate. Then, they’ll come back to life. And the party stops.

There may be differing opinions about Moses or Enoch, but everyone agrees the other witness has to be none other than Elijah. What the Lord said is true. Elijah truly is still coming before the great and dreadful day of the LORD.

But… what about John the Baptist?

John certainly fulfilled Isa. 40:3, “For this is he that was spoken of by the prophet Esaias, saying, The voice of one crying in the wilderness, Prepare ye the way of the Lord, make his paths straight.” We would read that John was in the desert until the day of Jesus’ appearing unto Israel (Lk. 1:80) just as Elijah was known for his long periods of isolation. John was similar to Elijah in the sense that he wore camel’s hair and Elijah was a very hairy guy. When the Israeli leaders began to hear reports about John and how his ministry was similar to that of Elijah’s, they sent messengers to find out who he was. John’s appearance was so ugly it seemed Elijah had, indeed, come back. Could this be the very same Elijah who had been taken to heaven without dying?

So the question the disciples asked was a great one. What about Elijah?

When they asked that question, they didn’t realize there would be two comings of the Lord. It’s still true what the Lord said in Mat. 17:11 that “Elias truly shall first come, and restore all things.” What Malachi wrote is also still true. God will send Elijah down to this Earth before the coming of the great and dreadful day of the LORD.

But what about this other verse? The Lord said in Mat 17:12 “But I say unto you, That Elias is come already, and they knew him not, but have done unto him whatsoever they listed. Likewise shall also the Son of man suffer of them.” What does that mean? Luke would explain in Luke 1:17 that John the Baptist “shall go before him in the spirit and power of Elias, to turn the hearts of the fathers to the children, and the disobedient to the wisdom of the just; to make ready a people prepared for the Lord.” Elijah is come already as a type in John the Baptist who went before the Lord in the spirit and power of Elias.

Every word the Lord said to the disciples, just as they are written, are true. Elijah has come as a type in John the Baptist, and Elijah truly shall come in the future as one of the two witnesses. I can’t wait to watch that from Heaven.

Pastor Joel grew up in grace churches. Fell away. Hit bottom. Came back to the Lord. Became Fellowship Bible Church's Librarian. Then Associate Pastor. (He barely graduated from "The Bekemeyer Grace School of Hard Knox.") Began preaching. Stumbled into podcasting. Wrote a book. And he absolutely loves everyone. Seriously. He does. View all posts by Joel Hayes